This maze puzzle design for this bedding is available in five colors will add a brilliant decor to your rooms.

Liven up your bedroom with this bedding collection, made in Italy, is available in six different colors. 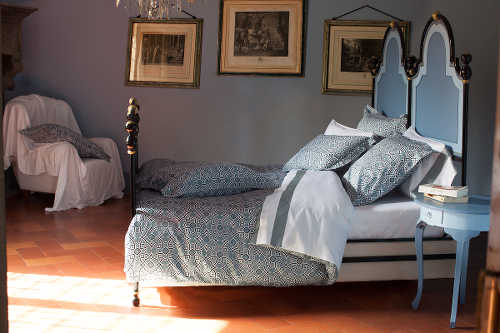 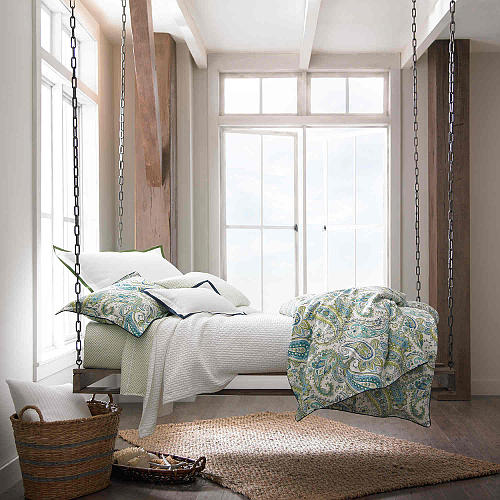 Peacock Alley’s Bari Bedding in a printed paisley is sure to rejuvenate a room with its cool and crisp allure. The paisley design dances with hues of aqua, blue, green and white, beckoning you to live in the color of your dreams.  Bari is available as a duvet, sham and decorative pillow. 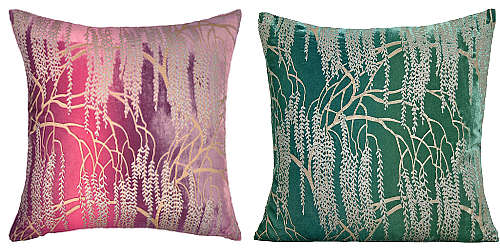 These hand-painted silk/rayon velvet decorative pillows draw inspiration from art deco and the magnificent willow tree, but expressed through the imagination of Kevin O’Brien Studio. Many people who have been in close proximity to a willow tree have witnessed or experienced the impressive grandeur of these trees. The sound of the branches swaying in the wind are like music composed by a classic composer. The natural draping of the branches and leaves around the tree are absolutely beautiful. This Kevin O’Brien Studio pillow is available in many different sizes. It is also available in bedding as a duvet, sham and throw. 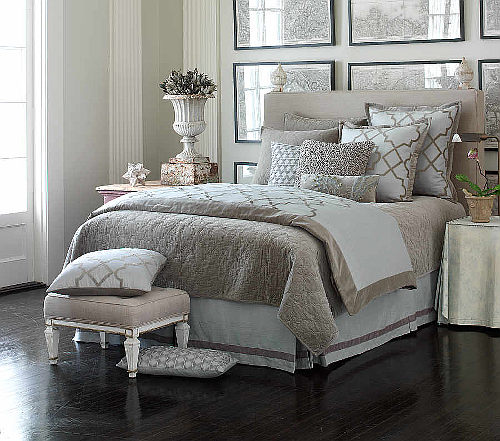 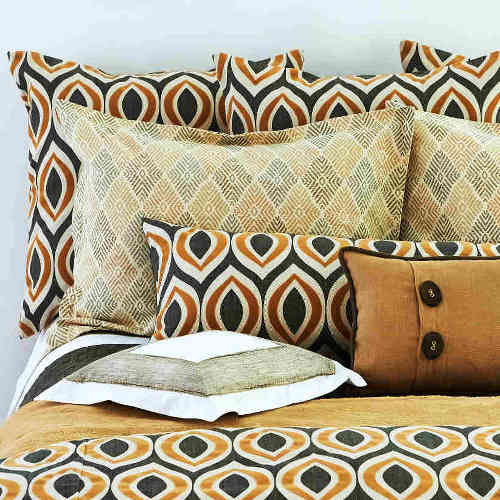